Scott Fitzgerald and the Maxixe Age 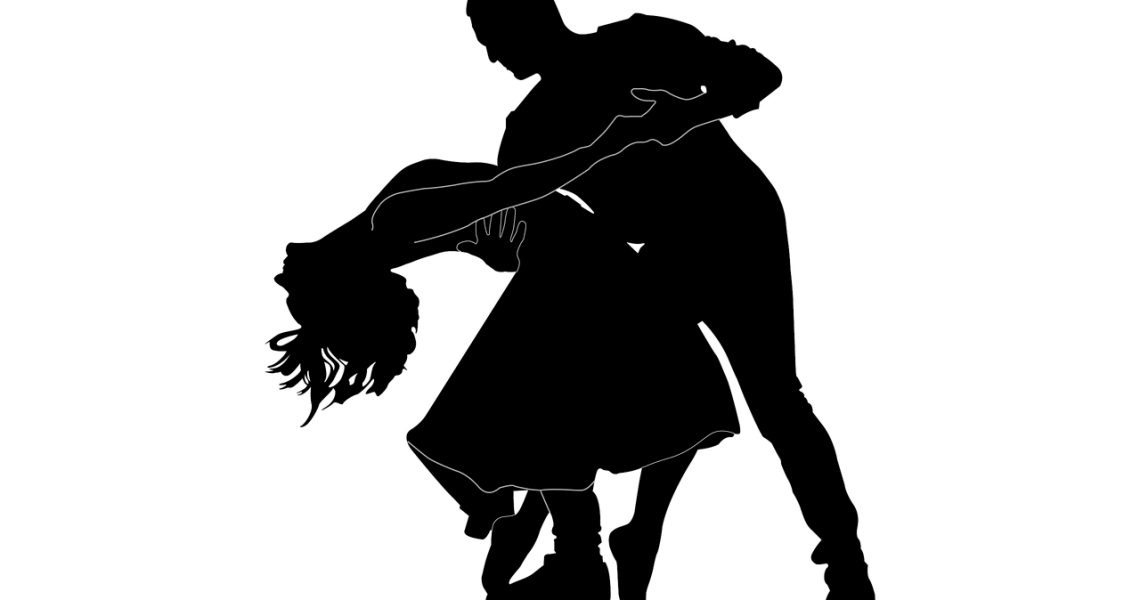 F. Scott Fitzgerald was the chronicler of the Jazz Age, masterfully described in his ten-page essay published in 1931, Echoes of the Jazz Age. But he also cherished a strong interest in maxixe, aka the Brazilian Tango, which became a dance craze in America and Europe in the early 1900s. A taste for maxixe would make his characters look trendier in the twenties, or so Fitzgerald thought.

His first mention of it was in the story Benediction, published in February 1920 in The Smart Set. A young girl visits her brother, who is a monk in a Jesuit convent, and one of his colleagues asks her to do a demonstration of the shimmy. She declines: “ ‘I’m afraid the Father Rector would send me shimmying out the gate. Besides, I’m not an expert.’ Her brother, Keith, comments: ‘I’m sure it wouldn’t be best for Jimmy’s soul anyway. He’s inclined to brood about things like shimmys. They were just starting to do the – maxixe, wasn’t it, Jimmy? – when he became a monk, and it haunted him his whole first year. You’d see him when he was peeling potatoes, putting his arm around the bucket and making irreligious motions with his feet.’ ”

Next comes The Curious Case of Benjamin Button. Those who have not read the story – published in May 1922 in Collier’s magazine – but may have seen the Brad Pitt movie, must remember that Button was born around 1860 with the appearance of a seventy-year old man; as the tale goes on his age starts receding, so that by the beginning of the twentieth century he must be thirty. Fitzgerald writes: “Benjamin’s growing unhappiness at home was compensated for by his many new interests. He took up golf and made a great success of it. He went in for dancing: in 1906 he was an expert at ‘The Boston,’ and in 1908 he was considered proficient at the ‘Maxixe,’ while in 1909 his ‘Castle Walk’ was the envy of every young man in town.”

In his second novel, The Beautiful and Damned (1923) – reported to soon get a new film version, starring Scarlet Johansson – Scott takes the young couple Anthony Patch and Gloria Gilbert to have tea together in the grill-room at the Plaza.

“As they entered, the orchestra were sounding the preliminary whimpers to a maxixe, a tune full of castanets and facile faintly languorous violin harmonies, appropriate to the crowded winter grill teeming with an excited college crowd, high-spirited at the approach of the holidays.”

Fitzgerald’s last mention of the maxixe appears in a December 1928 story, The Captured Shadow, published in the Saturday Evening Post.

“ ‘Why, I understand’ said Basil. ‘Why, I heard from somewhere that she’s gone up to have some kind of an appendicitis – that is – ’ He ran down to a pitch of inaudibility as Andy Lockheart at the piano began playing a succession of thoughtful chords, which resolved itself into the maxixe, an eccentric stepchild of the tango. Kicking back a rug and lifting her skirts a little, Evelyn fluently tapped out a circle with her heels around the floor.”

Fitzgerald was a teenager when the maxixe was introduced in the United States in the early 1910s. The famous exhibition dancer Maurice Mouvet (1888-1927) claims that he was the introducer of the maxixe in Paris in 1912 and in New York the following year. In a lengthy chapter of his book The Tango and the New Dances for Ballroom and Home (Chicago, 1914), Monsieur Mouvet describes the technical aspects of eight maxixe dance figures and shows an unbounded enthusiasm for the beauty of the dance: “The Brazilian maxixe can be danced to any two-step, whereas the tango can be danced only to tango music. The maxixe is peculiarly adapted to the American temperament. It is full of snap and life, while the tango is slow and languorous.”

Vernon and Irene Castle, the famous dancing couple, commented on maxixe in their book Modern Dancing (1914): “But the dance, which is the main thing, is beautiful, and, like most beautiful dances, requires a considerable amount of grace. The steps themselves are not difficult; on the contrary, they are childishly simple; it is the easiest dance of all to do, and I think the hardest of all to do well.” Graphic artist and dance expert Troy Kinney wrote about the maxixe in 1914: “This is, virtually, a revival of the two-step, plus certain tango steps and enchainements (step sequences). Instead of the tango’s touch-and-turn-in of the foot, it employs a device of resting the heel on the floor, the foot pointed upward, while the body assumes a bent-over posture not particularly attractive.”

The maxixe in fact originated in the quarter of Cidade Nova, Rio de Janeiro, around the 1860s, at about the same time as the tango was developing in Argentina and Uruguay. It is a dance developed fromAfro–Brazilian dances (mainly the lundu) and from European dances (mainly the polka). The music was influenced by various other forms including the Spanish tangoand the habanera and is danced to a rapid 2/4 time. The maxixe was one of the dances that contributed to samba dance styles, such as samba de gafieira and lambada. Some researchers associate the dance’s name to a city in Mozambique, the African country that was one the greatest provider of slaves for Brazil. (The Mozambican marrabenta has a strong resemblance to maxixe, particularly in its rhythmic patterns.) Another hypothesis has to do with a person called Maxixe, who came up with such fantastic elaborations on the lundu that a new dance was created, the maxixe. Last but not least, there is also a vegetable hypothesis for the dance’s name: the new craze started to spring up all over town like the maxixe, the vine of the bur gherkin (Cucumis anguria).

For its emphasis on rhythm, this Afro-Brazilian dance was a pointedly sexual music and forbidden in bourgeois homes, being restricted to street Carnival and vaudeville halls. A great scandal shook Rio de Janeiro when maxixe was played for the first time at the home of no less than Brazil’s President, Hermes da Fonseca. The first lady, Nair de Teffe von Hoonholtz da Fonseca – considered the world’s first woman cartoonist – became very friendly with Brazil’s first maestrina, the carioca Francisca Edwiges Neves Gonzaga, better known as Chiquinha Gonzaga. A woman ahead of her time, Nair hosted a soirée at the presidential residence, Palácio do Catete in 1914, where she played on guitar Chiquinha’s composition Corta-Jaca (a song from the burlesque operetta Zizinha Maxixe, first staged in 1895). It should have been just an innocent musical presentation, but the episode aroused a wave of controversy. After all, maxixe, a dance from the “lower classes”, had suddenly invaded the presidential palace. The President himself was strongly criticized for promoting a music that had its roots in what the social elite believed were lascivious and vulgar dances. (The expression corta jaca literally means “cut the jackfruit” and has a strong sexual innuendo.) The next day, one of the most respected politicians of the age, diplomat, writer and jurist Ruy Barbosa, ascended the Senate’s rostrum and made an indignant speech condemning maxixe: “It is one of the lowest and crudest savage dances, a twin-sister of cateretê, batuque and samba.”

While researching for this text, I found a story that Fitzgerald would have greatly appreciated, from the Titanic tragedy, in 1912. First-class passenger Edith Russell left her lifeboat, before it was lowered, to retrieve her toy pig from her cabin, then returned. When on the water, she used the toy to amuse a baby in her lifeboat, as the pig played the maxixe whenever its tail was twisted.

• A Cigana de Catumbi – Maxixe by José Resende for the Carnival of 1925. Recorded by Pixinguinha and the Turma da Velha Guarda, 1957.

• Escovado – Ernesto Nazareth, recorded by himself, 1930.

Roberto Muggiati is a regular contributor to CIE. He is a musician who writes about music for numerous newspapers and magazines in Brazil.